Do you Love coffee ?

French coffee
I just got home from a  friend’s house
My friend  made ​​coffee mixed vanilla ice cream for us to taste.
And that is the reason I could not sleep now,
because I’m the kind of person who drink coffee will makes me hard to sleep.
I think most people love coffee,
some people must drink at least one cup of coffee a day to go to work. I particular start my morning shower day with a ” Coffee Soap ” for me coffee  is a wake up call .
Do you want a Morning  Wake up  call  ? Why Not Try a Coffee  bar of Artisan Soap  Natural and Organic Made with Brazilian Espresso , French Coffee and Hawaiian Coffee .

Large Bar Of Coffee Luxury – Old fashioned Limited Edition !
According to the New York City Economic Development Corporation, the city had 1,830 coffee shops as of March,
adding 130 shops in the previous 12 months; the majority were single locations or part of a smaller chain.
On average, one coffee shop opened in New York every three days.

Brazilian Coffee Soap and Brazilian Luxury Scrub Coffee !
Good night everybody, my place here already late at night, it’s almost  4 AM. Xo
Posted by Handmade Soap at 9:27:00 AM No comments:

One of the Top 100 Soap Making Blogs on the web. 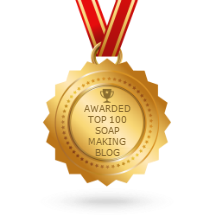